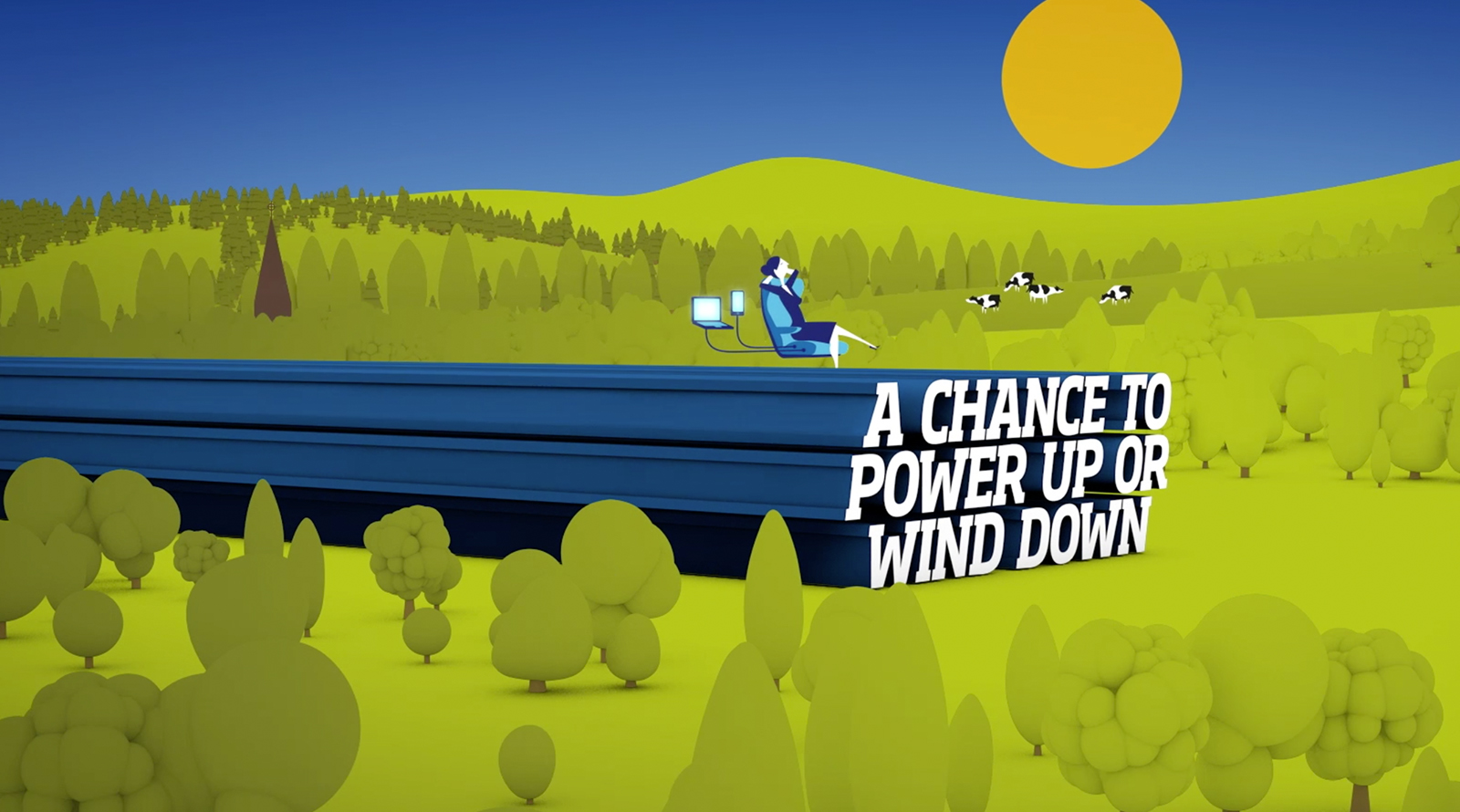 Gramercy Park Studios and The Gate have worked together on a new animated film for Chiltern Railways as they relaunch their Birmingham Mainline.

The Soho post-production facility provided Motion Graphics and Sound Engineering to the 30 second film, which encourages commuters to travel the smarter way to London. Briefed by Steve Webb, Head of Art at The Gate, Gramercy Park Studios’ Motion Graphics team were tasked with developing the film’s animation style.

The film represents the animated journey from Birmingham Moor St through to London Marylebone, maintaining Chiltern’s friendly but professional tone.

The Smarter Way to Travel

With the key elements of the film to be the movement, friendliness and beautiful countryside, Gramercy Park Studios built all except the characters in 3D, rendering out separate passes for each element and colouring it like 2D vector images to match the print.

Bradley Franklin, Lead Motion Graphics for Gramercy Park Studios, comments: “Each object has its own layer and colour, so some scenes were well over 100 layers that had to be in a specific order. They most challenging aspect of the project was to ensure all the words were in and readable while still having constant motion.”

He adds: “We initially started by trying to make one continuous shot but soon realised that we were never going to get it all in without adding some transitions. I’m most proud of how we managed to play to the strengths of all the MGFX team here at GPS and we all had a large part in making it.”

Gramercy Park Studios have worked with The Gate on a number of projects, including work for Harvest Chewee.

Bradley adds: “Over this job I’ve got to know the wider team at The Gate and have worked really closely with Steve. Trust is a massive thing, especially when working with animation as sometimes weeks can go by between viewings and, when presenting the first WIP which is always rough, sometimes you just have to say ‘ignore that massive glitch there or those three seconds where the screen goes black – trust me, it’s going to be awesome!’”